Many who are reading this English-language blog are undoubtedly familiar with the English expression “lose face”. What many may not know, though, is that this English expression is actually a semantic loan translation from the Mandarin expression “diūliǎn (diū·liǎn lose · face 丢脸 丟臉)”. In support of this, Wikipedia cites no less an authority than the Oxford English Dictionary (OED):

8f. to save one’s face: to avoid being disgraced or humiliated. Similarly, to save (another’s) face. Hence save-face adj. = face-saving … Originally used by the English community in China, with reference to the continual devices among the Chinese to avoid incurring or inflicting disgrace. The exact phrase appears not to occur in Chinese, but ‘to lose face’ (diu lien), and ‘for the sake of his face’, are common.

Some of the Many Chinese Faces of “Face”

In its article on “Face (sociological concept)”, Wikipedia lists several Mandarin expressions based on the above-mentioned words.

Another way to see expressions based on the above-mentioned words is to use Pleco’s Wildcard Search. The excellent Sinosplice blog has a recent post about this handy feature of Pleco.

Face with Regard to Chinese Characters

The Bible itself actually shows us that the key to glorifying Jehovah and reaching hearts in any language field, including the Chinese language fields, is actually understandable speech:

8 For if the trumpet sounds an indistinct call, who will get ready for battle? 9 In the same way, unless you with the tongue use speech that is easily understood, how will anyone know what is being said? You will, in fact, be speaking into the air. 10 It may be that there are many kinds of speech in the world, and yet no kind is without meaning. 11 For if I do not understand the sense of the speech, I will be a foreigner to the one speaking, and the one speaking will be a foreigner to me.
—1 Corinthians 14:8–11

In accordance with long-established Chinese tradition, many may assume that focusing on Chinese characters is the way to eventually master Mandarin speech. Actually, though, as a writing system, Chinese characters are technically one of the most difficult conceivable ways to represent Mandarin speech. True, Chinese characters are “everywhere”, but this ubiquity and cultural prevalence of theirs does not change the reality that they are so inherently complex and haphazardly designed, and thus exceptionally difficult and time-consuming to learn and remember.

As for Chinese characters being “everywhere” in the Chinese world, this cultural dominance of Chinese characters in the wider Chinese world makes the current relative abundance of official and unofficial Pīnyīn (Pīn·yīn {Piecing Together} · Sounds → [Pinyin] 拼音)-containing material based on the publications of Jehovah’s organization seem kind of miraculous. Considering the way that Jehovah and Jesus have directed the development of the worldwide Mandarin field, perhaps it is not so far-fetched to think that extensive practical benefits to the preaching work in the worldwide Mandarin field have been allowed to outweigh mere human pride, prejudice, apathy, and tradition. 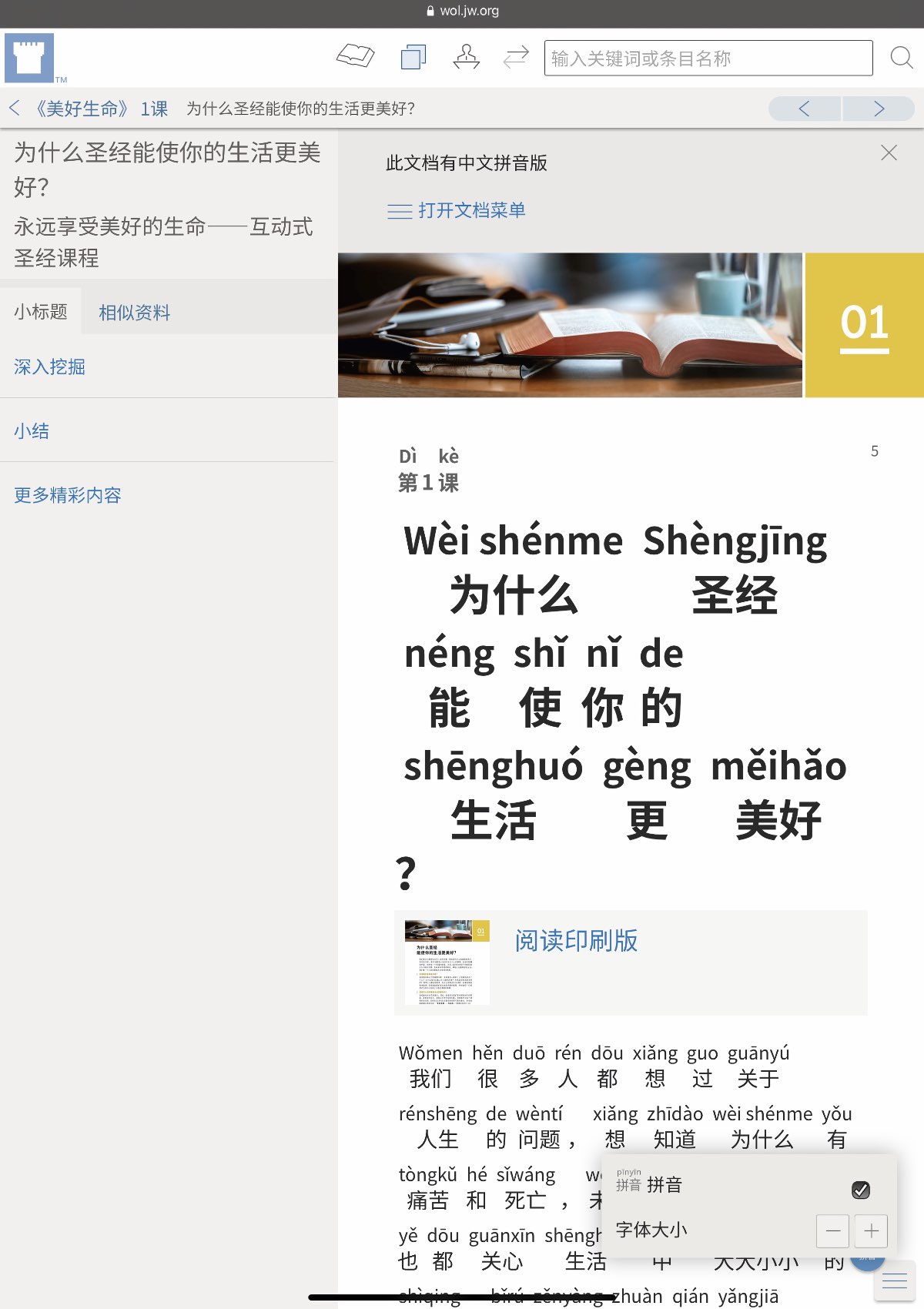 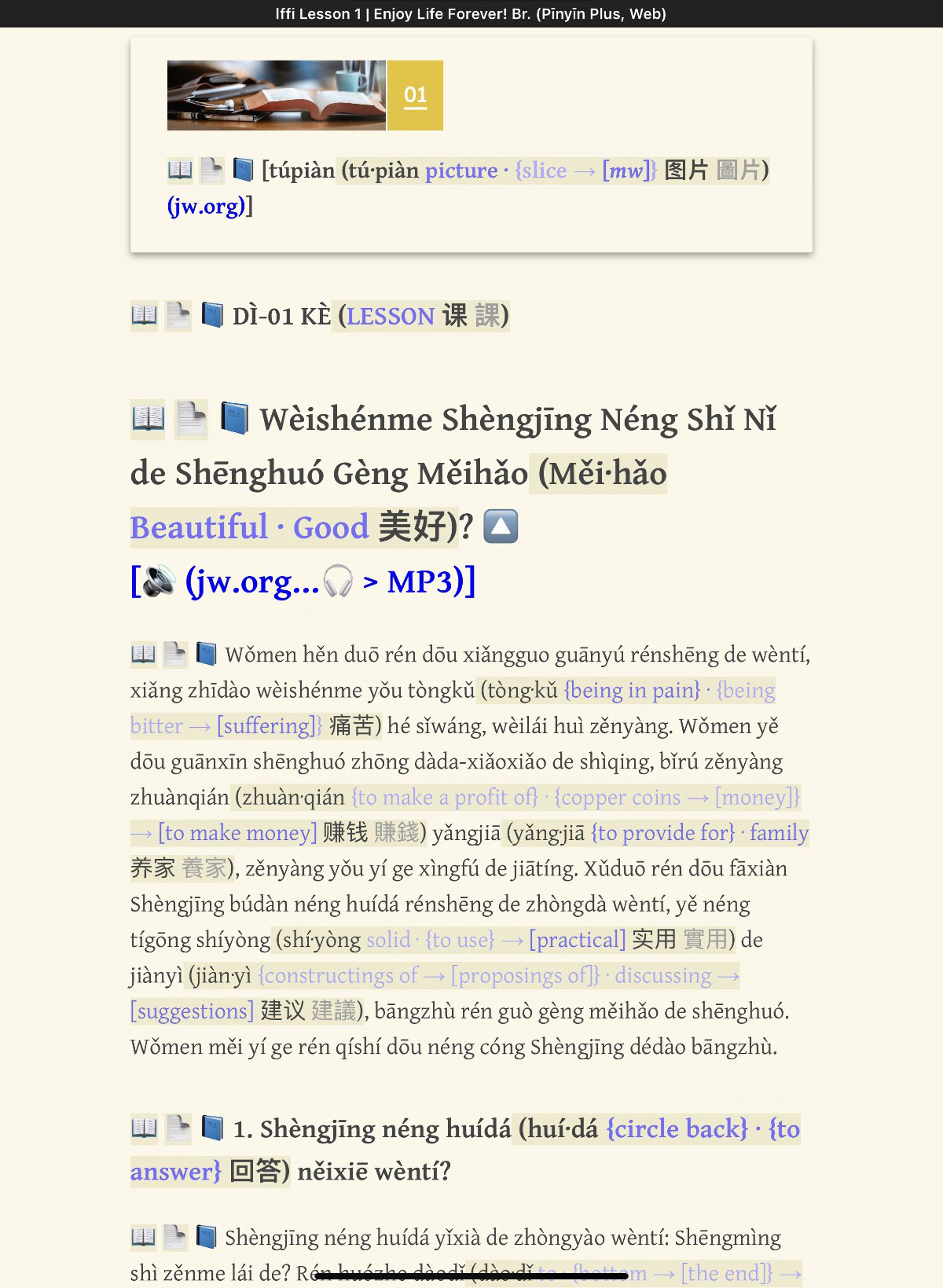 Considering the cultural dominance of Chinese characters in the Chinese world, it’s kind of miraculous that there is now so much official and unofficial Pīnyīn (Pīn·yīn {Piecing Together} · Sounds → [Pinyin] 拼音)-containing material based on the publications of Jehovah’s organization.

Like many worldly Chinese people throughout history and down to the present day, many of the Jews in Jesus’ day were excessively concerned with what Jesus called “glory from men”:

41 I do not accept glory from men, 42 but I well know that you do not have the love of God in you. 43 I have come in the name of my Father, but you do not receive me. If someone else came in his own name, you would receive that one. 44 How can you believe, when you are accepting glory from one another and you are not seeking the glory that is from the only God?
—John 5:41–44.

As Jesus pointed out, unfortunately for those Jews, their preoccupation with “glory from men”, “glory from one another”, prevented them from ‘having the love of God in them’, and it prevented them from “seeking the glory that is from the only God”. So, rather than being preoccupied with miànzi (miàn·zi face · [suf for nouns] [→ [reputation; prestige; esteem; honor]] 面子) like many in Satan’s world are, let us instead be like Jesus in pursuing, not “glory from men”, but rather, glory from, and for, Jehovah God himself.

[…] miànzi (miàn·zi face · [suf for nouns] [→ [reputation; prestige; esteem; honor]] 面子) (a past MEotW) in the eyes of character-loving Chinese traditionalists, but really, as ones who seek to walk on […]